Blockchain is about Disintermediation – getting rid of the middleman 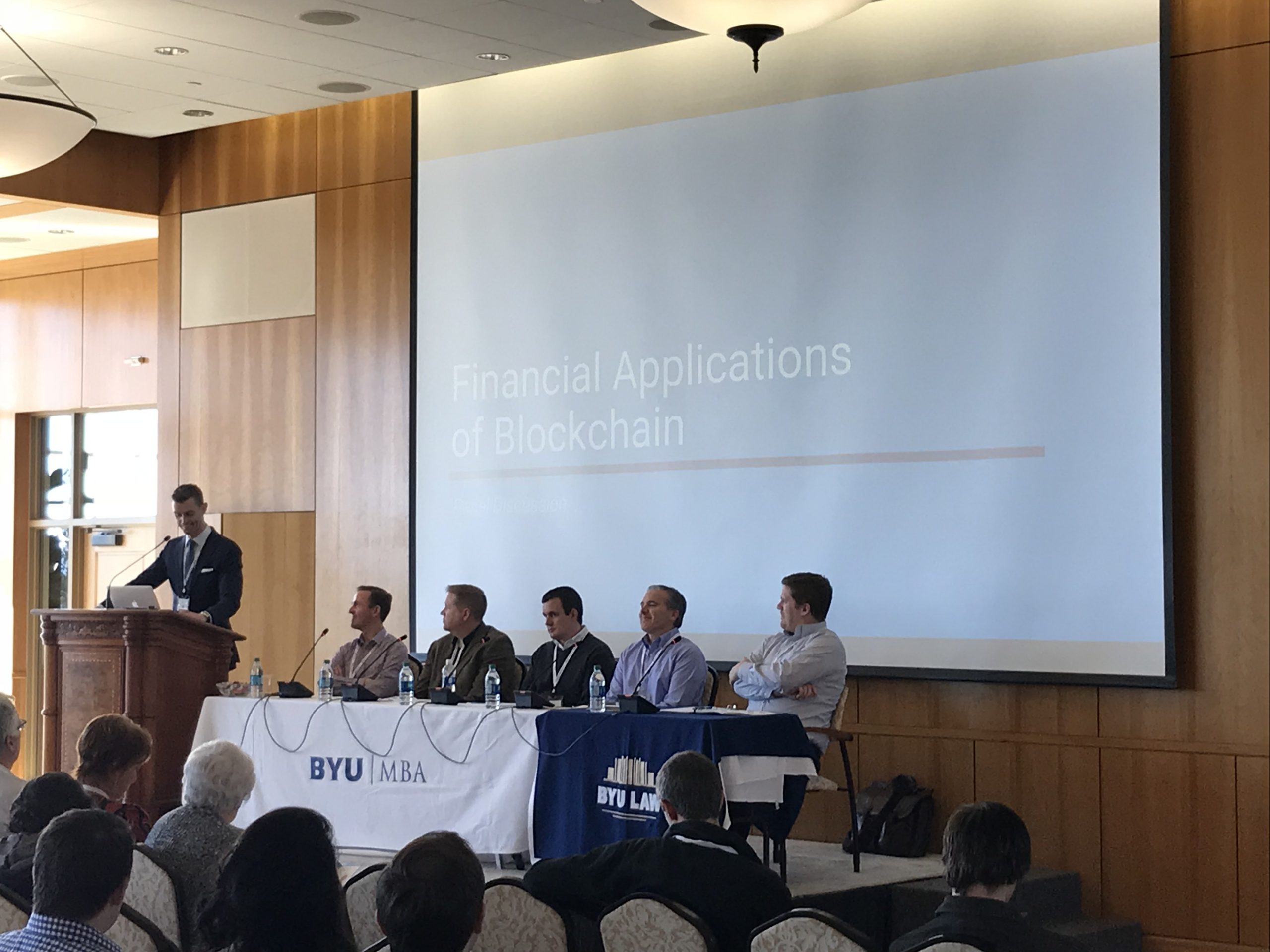 Joel Weight chief financial officer of Medici Ventures. When Overstock.com had it’s IPO they tried to remove as many middlemen as possible and spent a lot of money trying to disintermediate the process. Most stock in the United states is held by theDTCC
One of TZero’s products is DLR – digital locate receipt. It is proof that a stock is only loaned out one time versus what happens know where the same stock can be loaned out multiple times. With TZero you know for sure who is in posession of the stock. Tzero has tokenized the location of the stock and each morning there’s an auction to bid on holding those shares.

Ben Beasley CEO at Stockchain Global had to review the purchase of a promissory note that had already been sold before. The seller sent a 3 page fax of the history of the note. That’s all the information available to decide whether or not this would be a good investment. Having blockchain hold a immutable ledger of all history related to the note would make the decision to invest or not much easier.
Securities laws emerged from the hype of the 1920s that led to the Great Depression. (I personally see some similarities that make the crypocurrency craze a bit scary.)

Carl Youngblood (@cayblood) at Mainframe is working to build the blocks required to decentralized services by incentivizing the players to keep the services decentralized.