The last day of Google I/O. I go directly to the ATAP line and I’m lucky enough to get in.

The project formerly known as Abacus becomes the Trust API. The purpose is to eliminate the hassles of passwords an mult-factor authentication. It will be available to developers in the Fall if I remember right. It’s a subtle but complex project that if it works will change the way we deal with authentication. That’s a good thing. There’s a reason every login form has a “forgot your password” link. A lot also have a “forgot your username” link. We need something better. 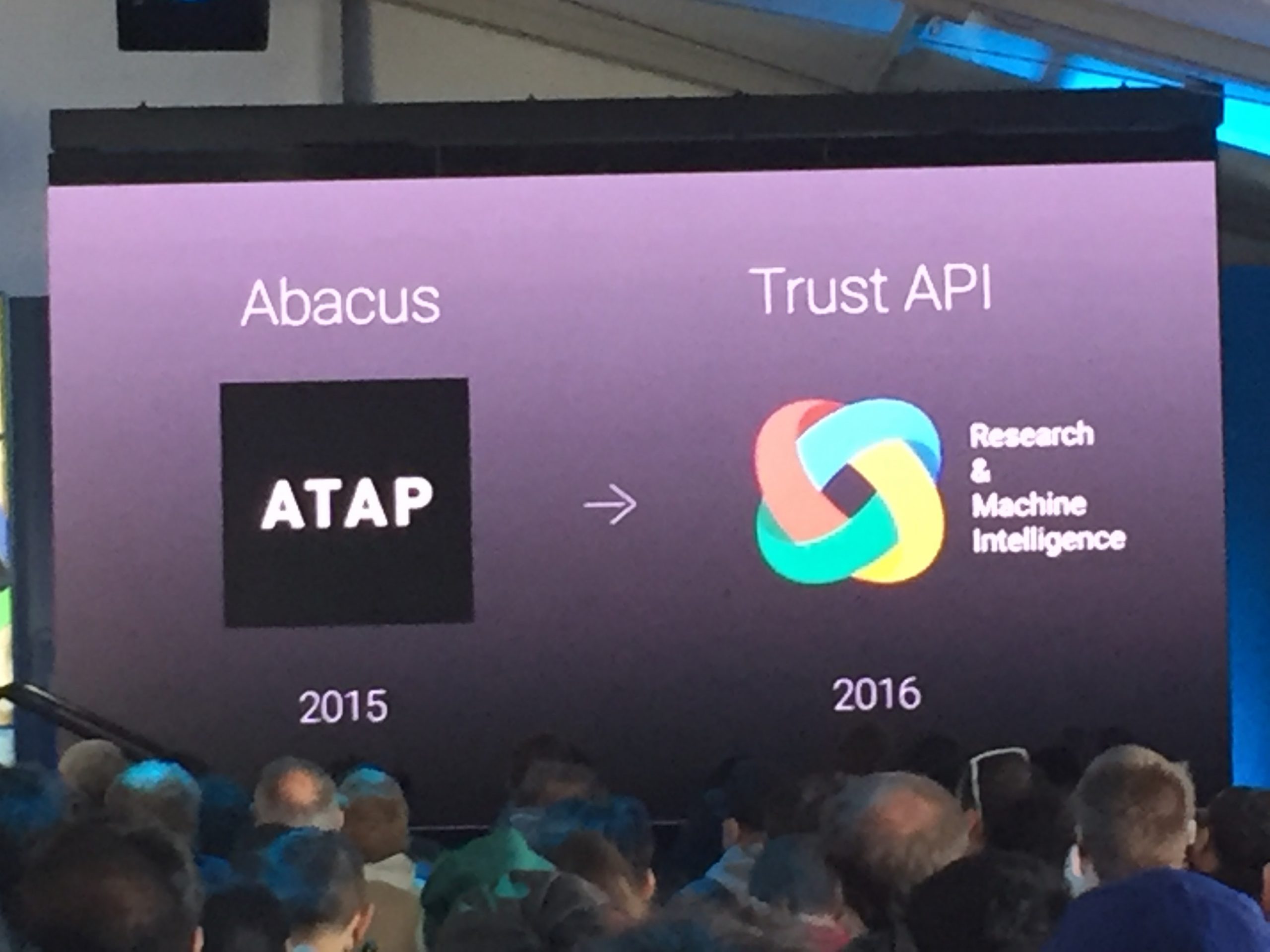 Last year they introduced project Jacquard and project Soli. This year they showed them off again with the promise of getting the technology into the hands of customers. Jacquard will find its way into a Levi commuter jacket in spring 2017. That’s cool, but I’m hopeful Google will expand its partnerships. I don’t bike with a Levi jacket so I’d love to see the tech in a bike glove. Still it’s a technology that brings computing closer to a natural interaction and that’s exciting. 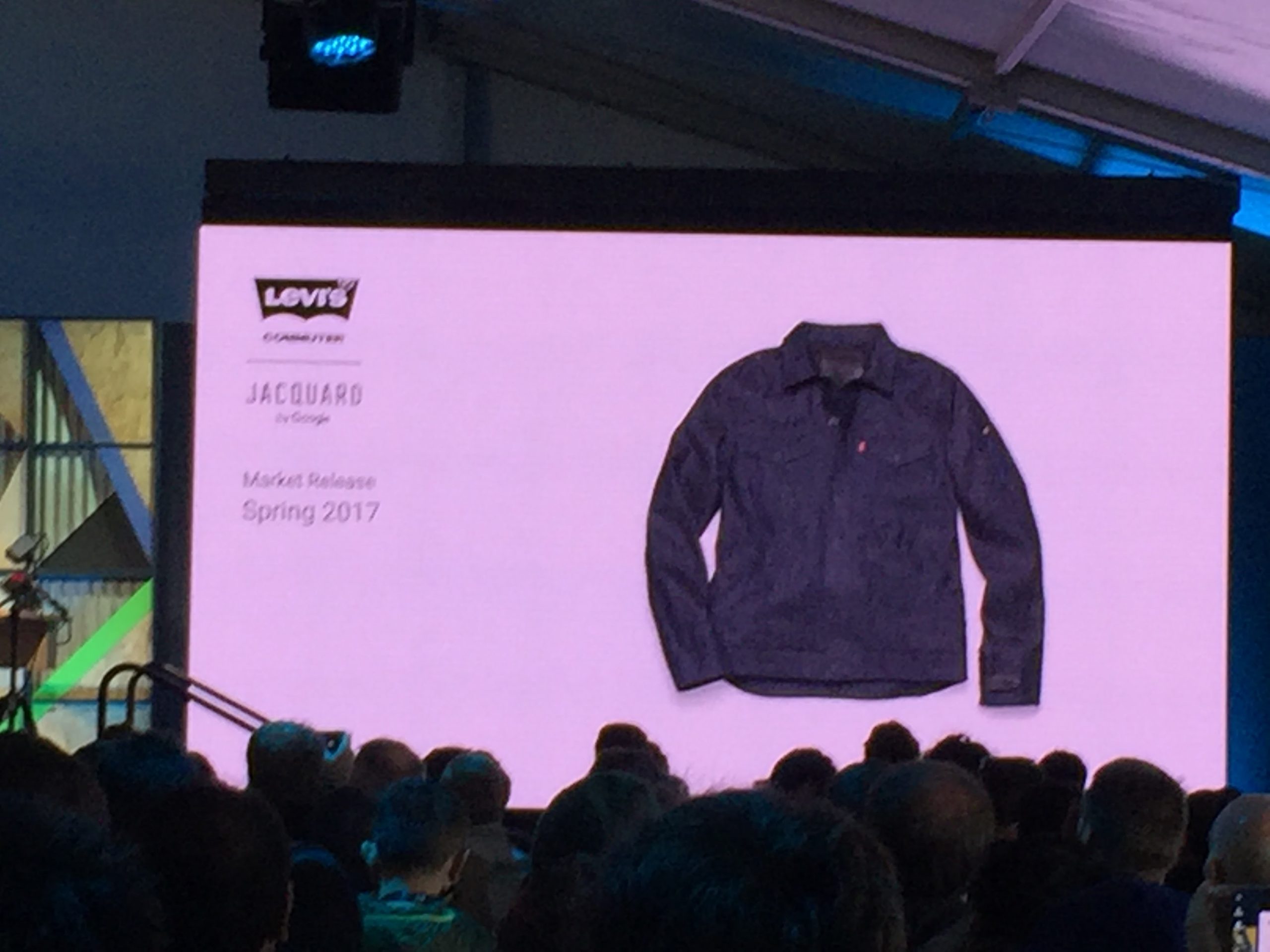 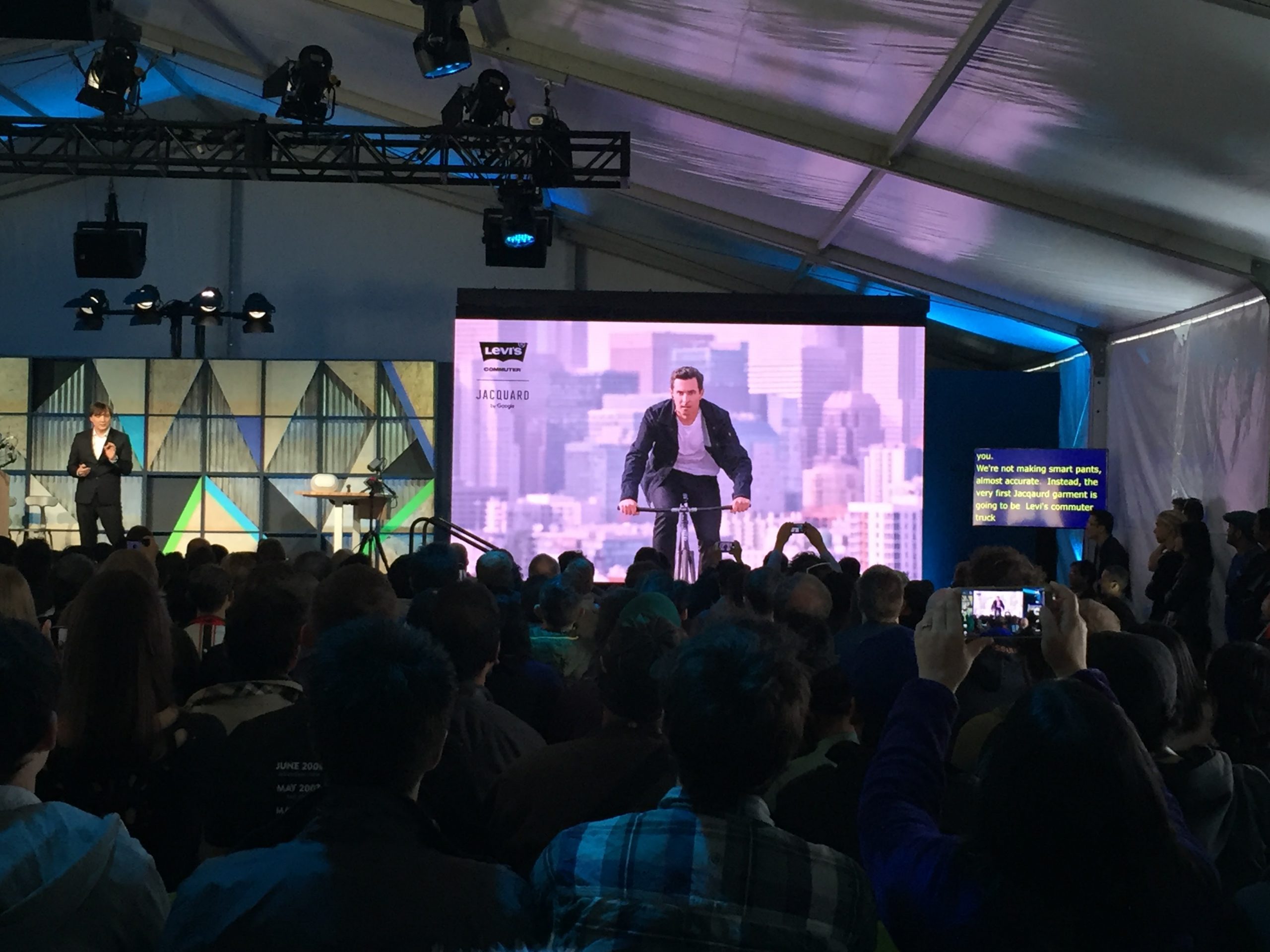 Soli continues to be a mind-blowing technology. It’s radar on a chip that makes it possible to use gestures in 3 dimensional space to control your computing experience. Last year it was a prototype that required a powerful computer to run and a crazy amount of power. The reduced the power consumption by 22x and significantly reduced the processing requirements. It feels like something out of science fiction but they showed the technology built into a real watch and in a speaker. 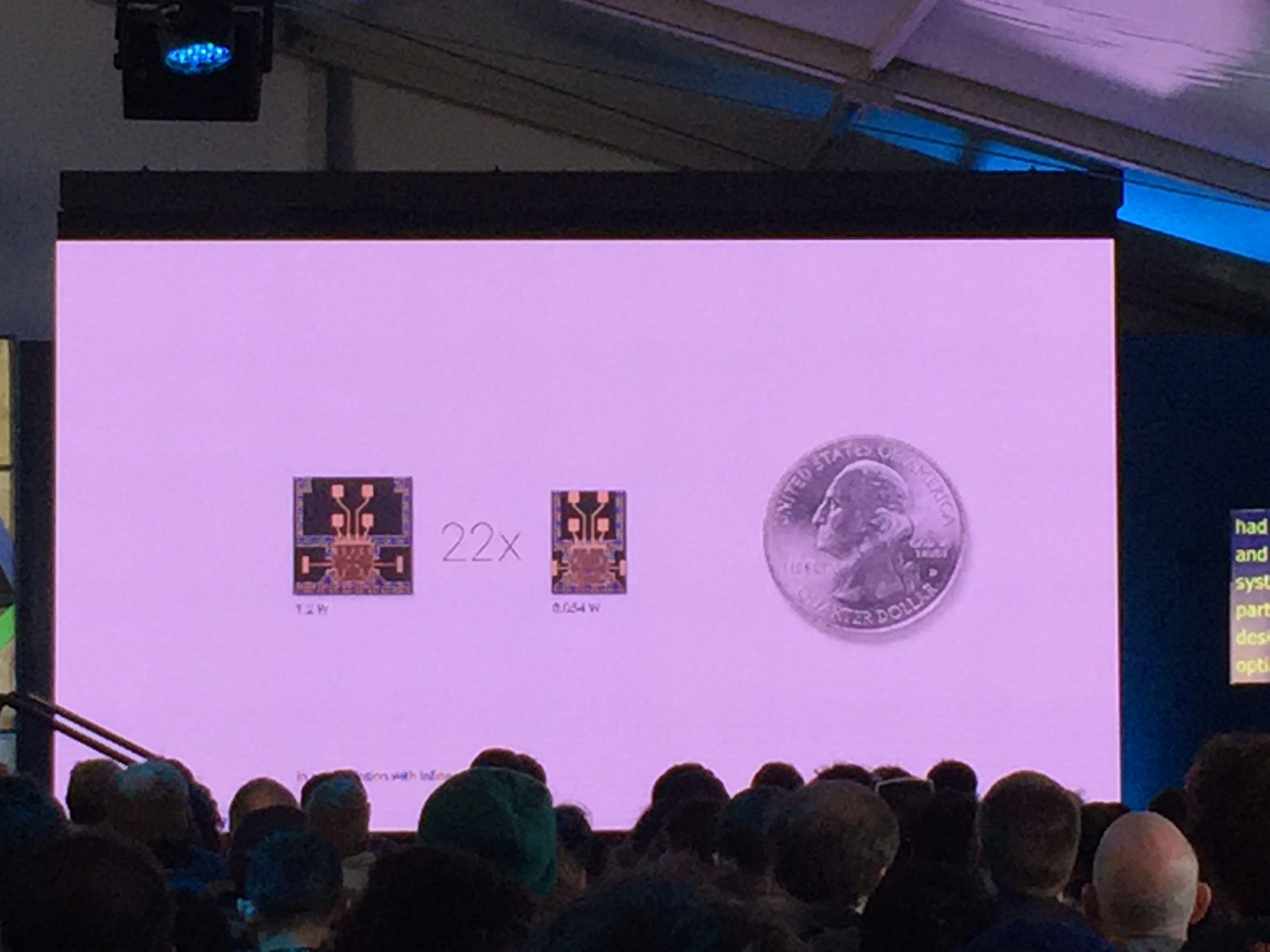 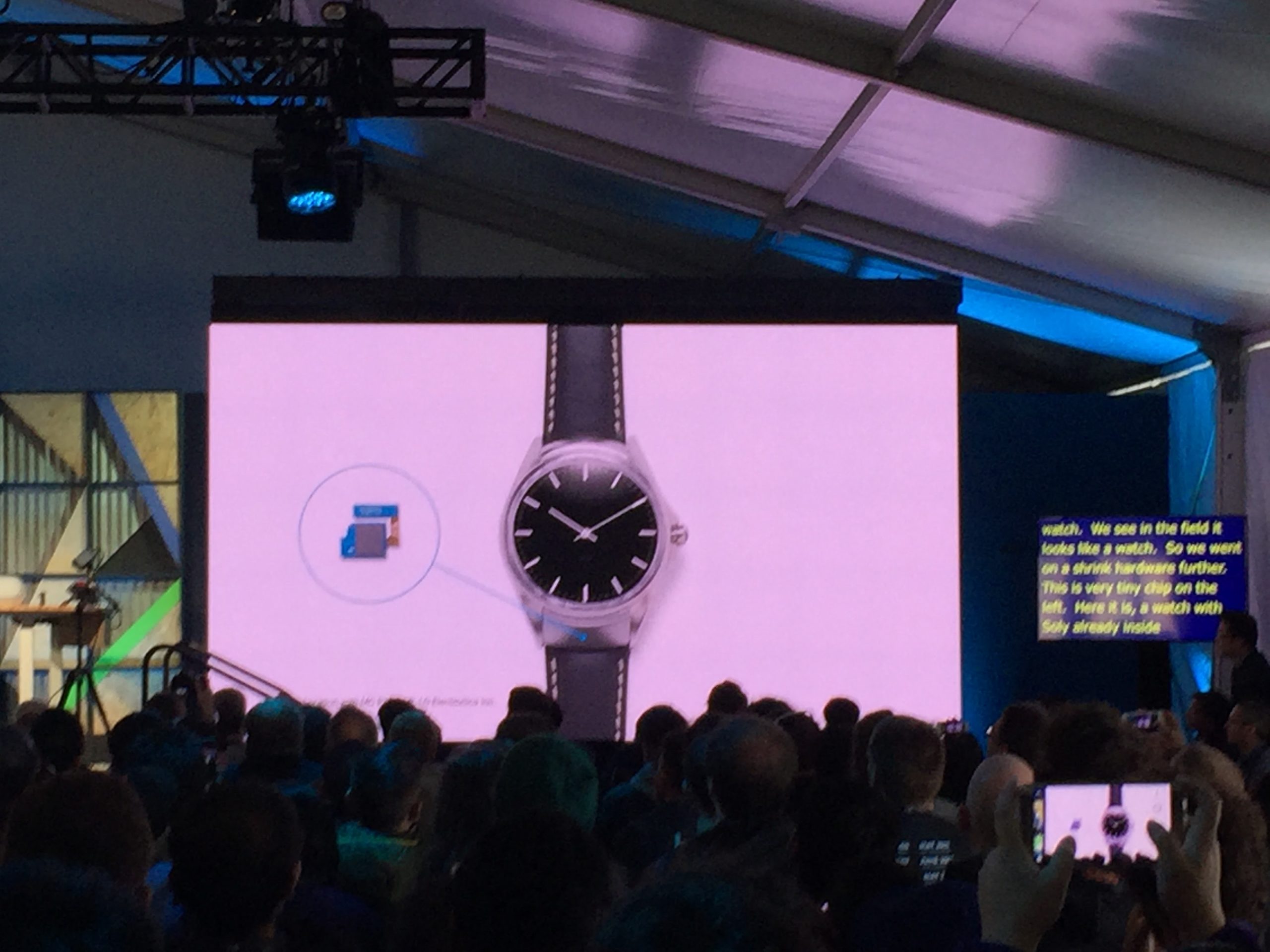 I’m guessing it will be a while before we see it in consumer devices. Developer kits are supposed to be available sometime next year. They will be popular and by popular I mean I need one. This has the potential to turn every Joe Schmo into a Jedi. Open your garage door with a swipe of your hand. Change the TV channel by snapping your fingers. Kick of your kids shock collar by squeezing your fingers together. The possibilities are endless.

I needed a place to sit and write code that was out of the wind so I picked a tent that they would let me into during the lunch hour. At React Conf I attended the Flipkart presentation on progressive web apps, but I don’t think the full implications of service workers hit me. Addy Osmani (@addyosmani) did an incredible job showing the technology along with it’s implications in React, Angular and Ember.js. He did so without any bias for or against any of the frameworks. That’s impressive given the quasi-religious debates that occur around any language or platform.

The benefits are impressive – faster intial startup times, startup times that approach 0 on subsequent loads, background processing of of network requests, and client side caching. They aren’t native apps but with an icon on your devices home screen, fast load times and the ability to interact with the device’s native capabilities it’s easy to mistake a progressive web application with a native application. Progressive web applications have one big advantage over native applications – there’s no install. Your users can use your application immediately. For FlipKart that was game changing.

I leave you with Google Bikes. They are crap bikes, but they are cool, a great idea and a sweet way for a company to help their people get around. 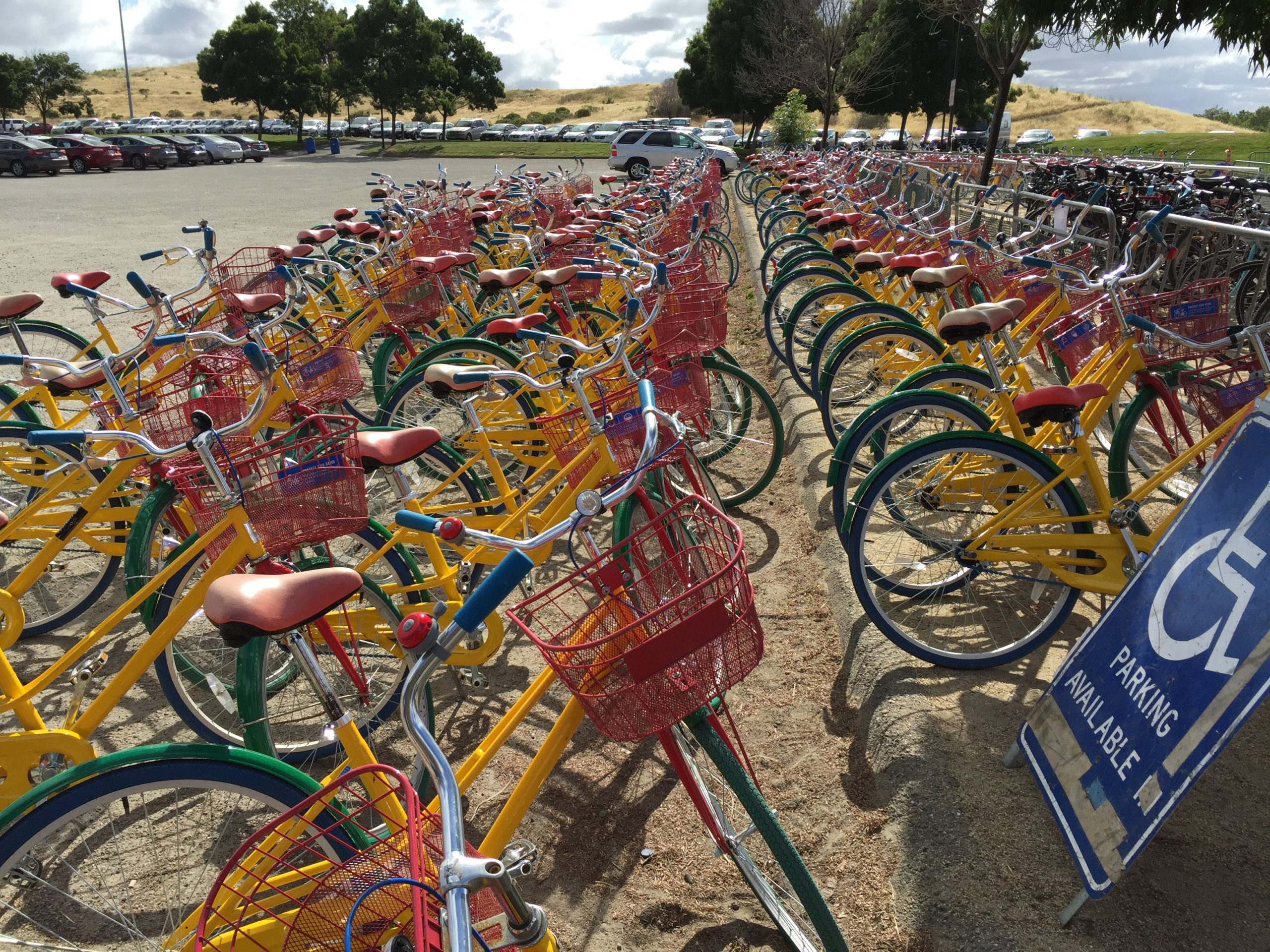