Commuted to Google IO via the Bay Area Bike share program again. Since there’s only one bike share station near my hotel and only one near Google and there are 7000 developers here I was worried there wouldn’t be any bikes. Nothing to worry about. I’m pretty sure I’m the only one using the bike share. Getting a bike isn’t a problem. They are garabage, but they are a bike. I’m guessing no one uses it because there are Google bikes everywhere. If I was a bit braver I would have just ‘borrowed’ one got get around, but old guys obey the rules so Bike Share it is.

I made it to the Firebase Security talk. Not a lot of people here but so far this is one of my favorite presentation because it is code heavy and because Firebase security can be a bit complicated. Everyone using Firebase needs this. The best way to learn a complex development topic is through lots of examples and this presentation is filled with them.

Firebase security is one of the most difficult features for new Firebase developers to figure out so the Firebase team built rule compilers and the new dashboard provides a UI that makes testing your rules simple. With your typical application that utilizes an ORM the data validation lives in the models or if you’re a database guy you’ve probably built significant data validation in your database. With Firebase there is no ORM so I would say their data validation is more similar to old school validation in the database. That’s cool because the rules live close to the data. It also puts all your database rules in one place so it’s easy to see get a high level few of all your data rules in one place.

Here’s an example from Jacob’s presentation:

Yesterday Firebase added file storage to their suite of offerings. Their previous rule language was they were very database specific so they needed a rules language for Firebase storage. So they built a new rules language from the ground up to handle. The new language is similar and allows functions for validations.

Here’s another example from Jacob’s presentation: 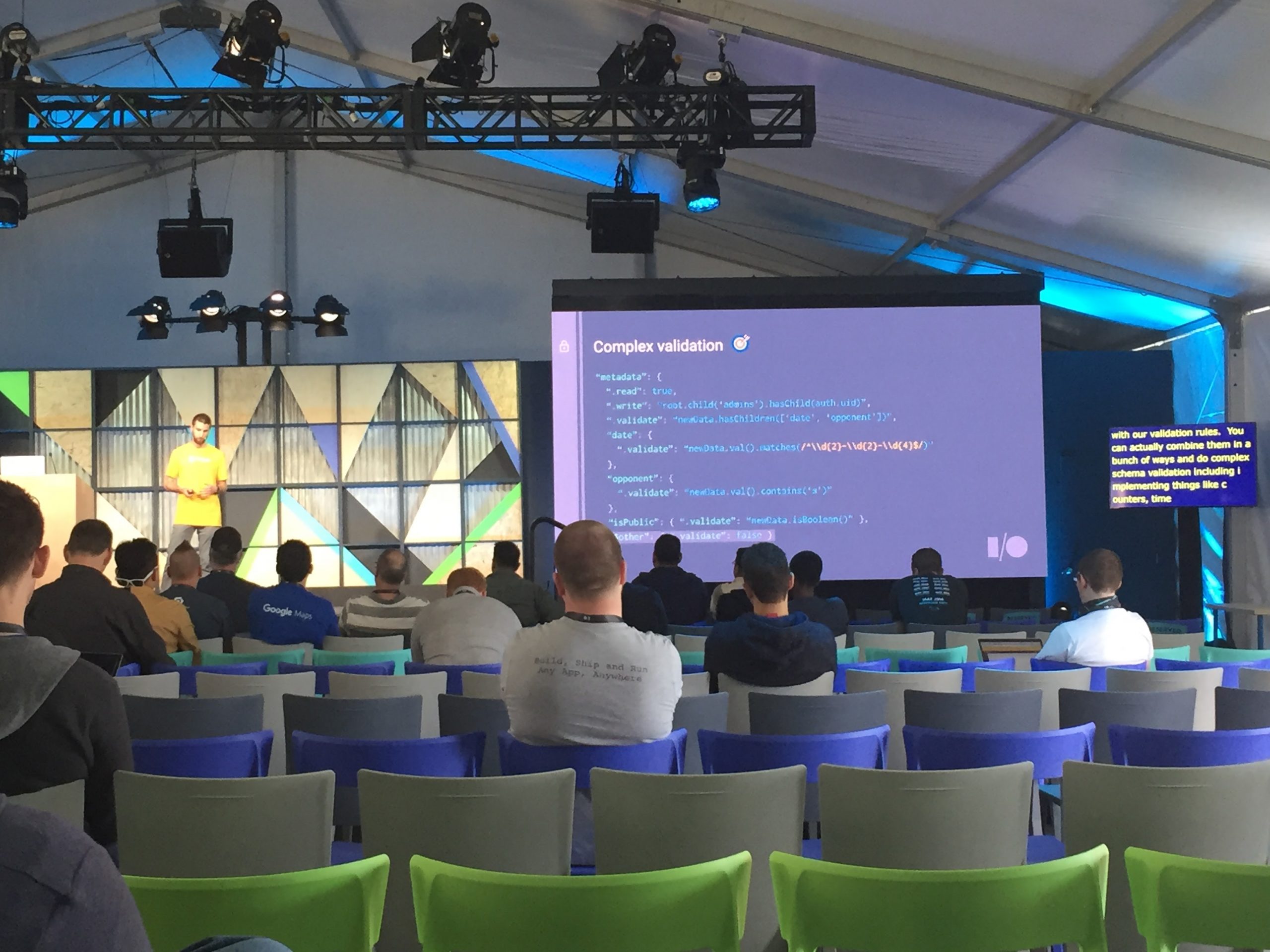 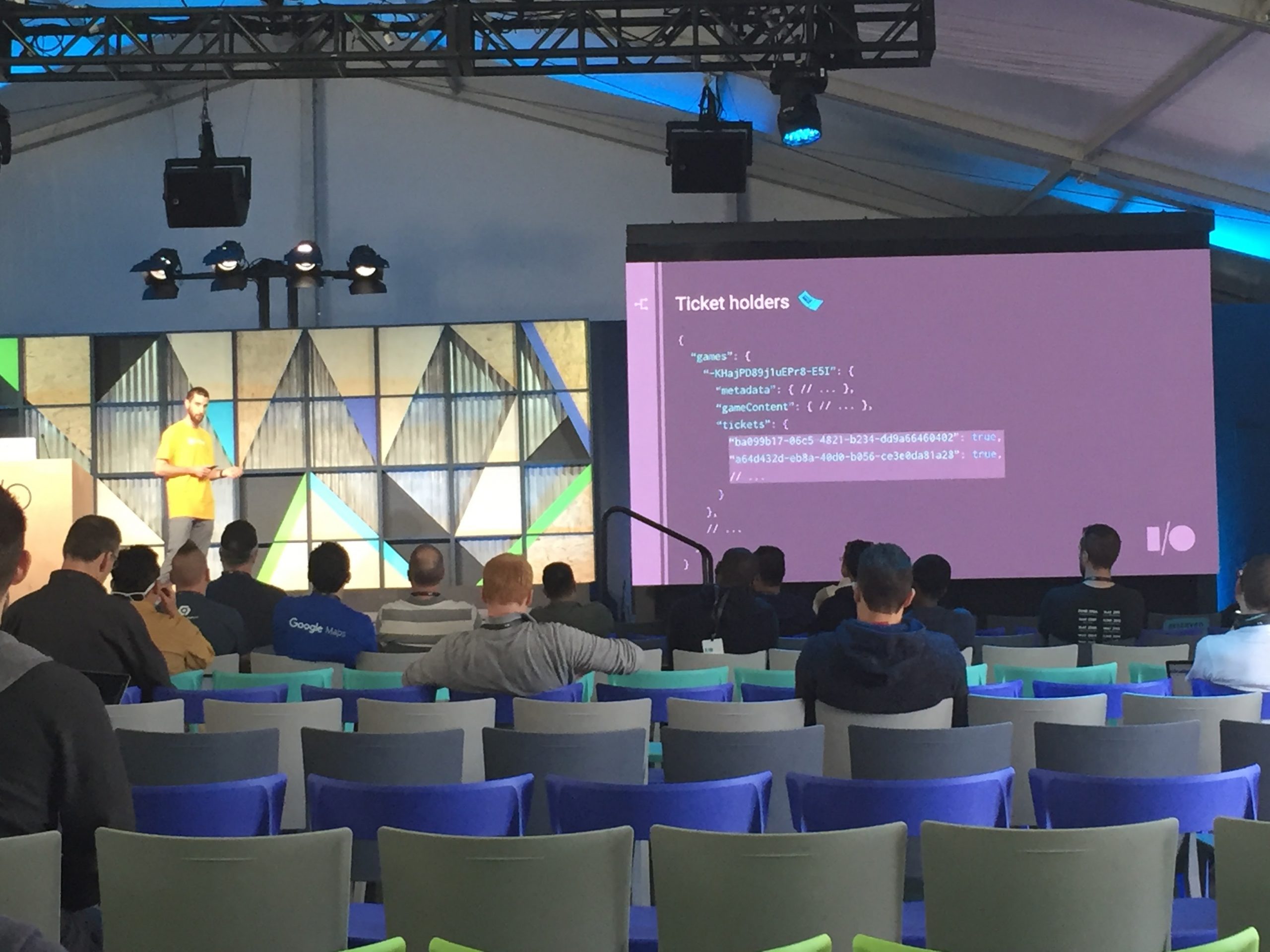 Speechless is fun, crazy and impressive. I wish I had the presentation skills these guys have: 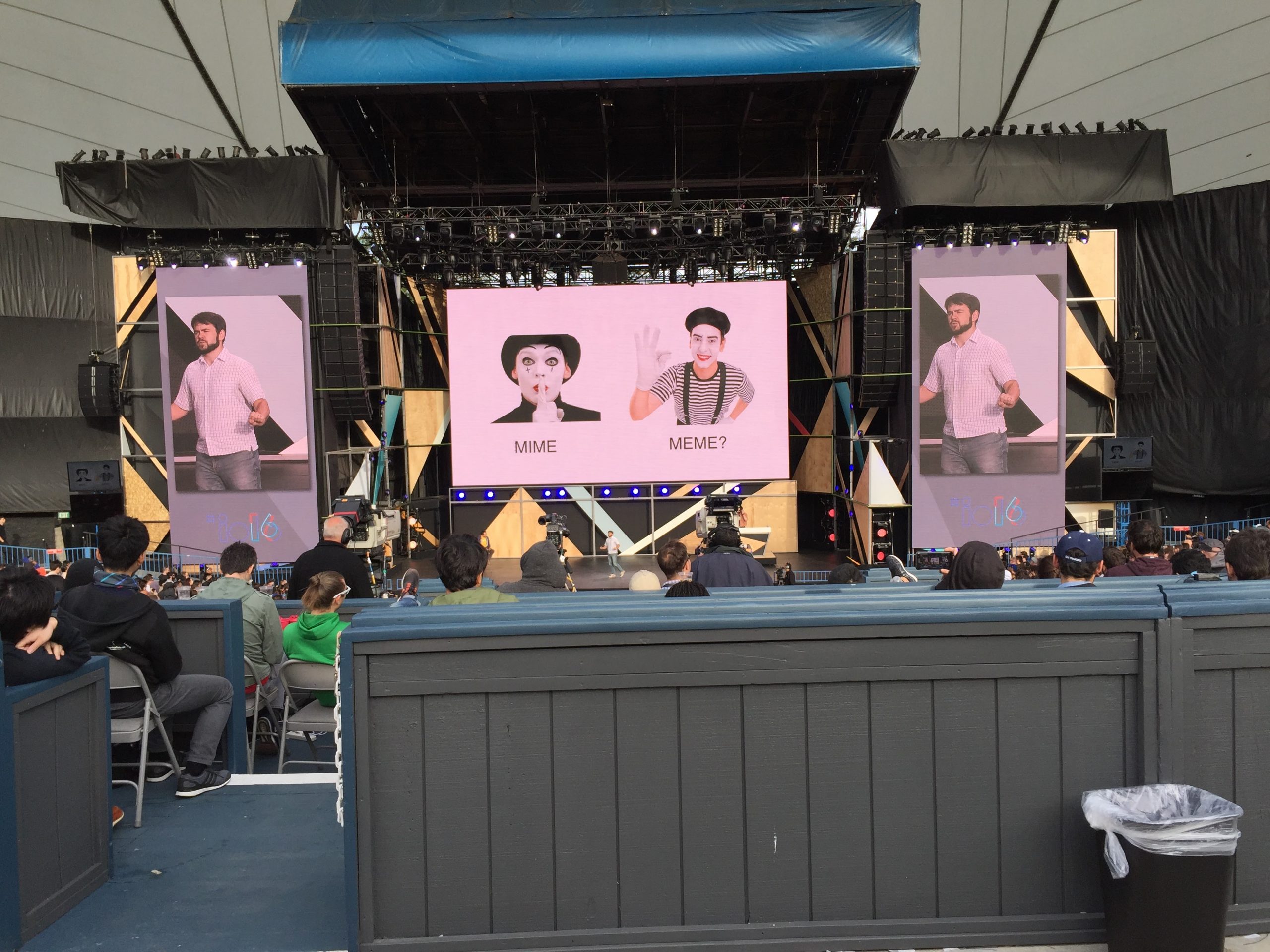 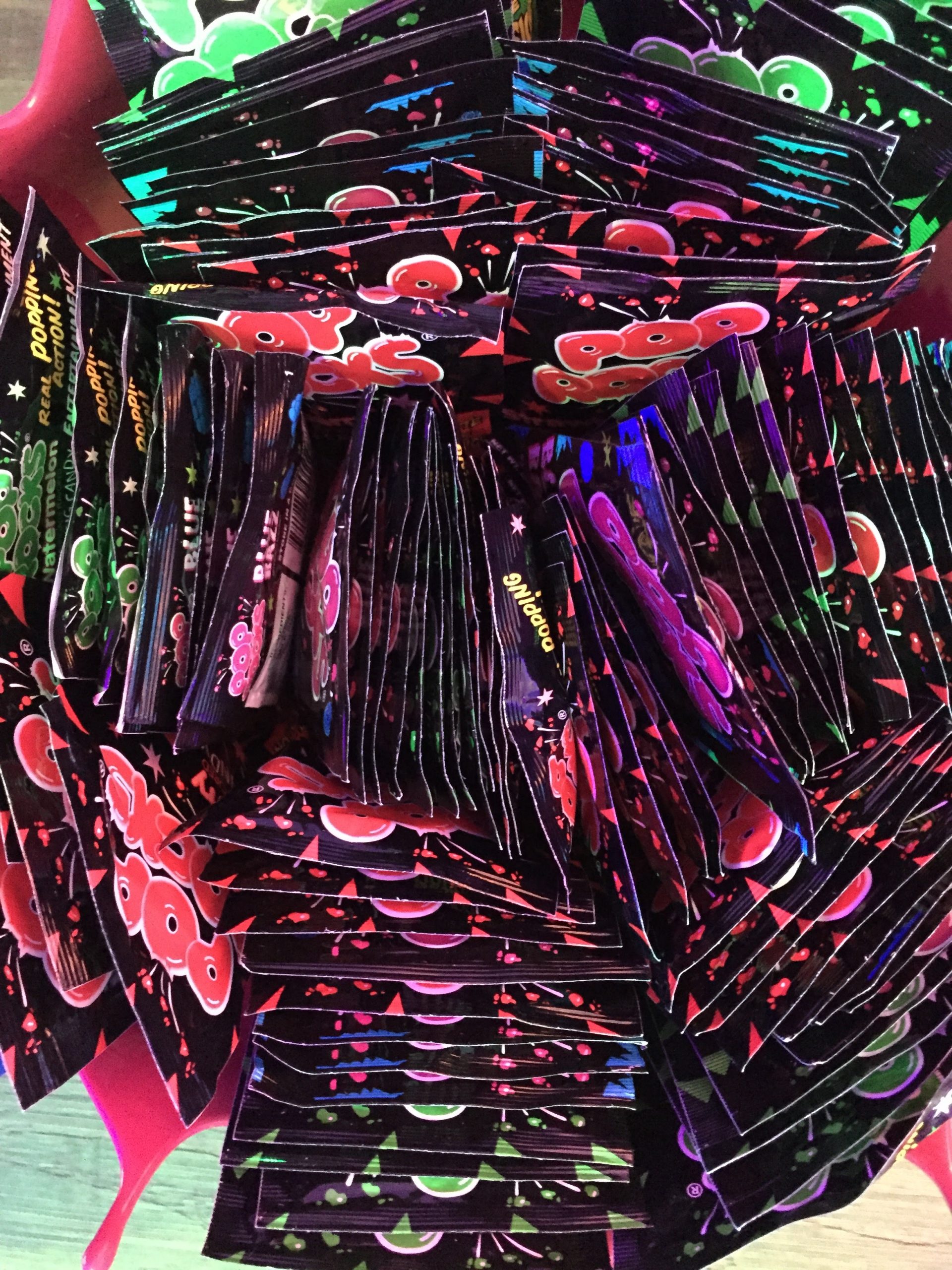 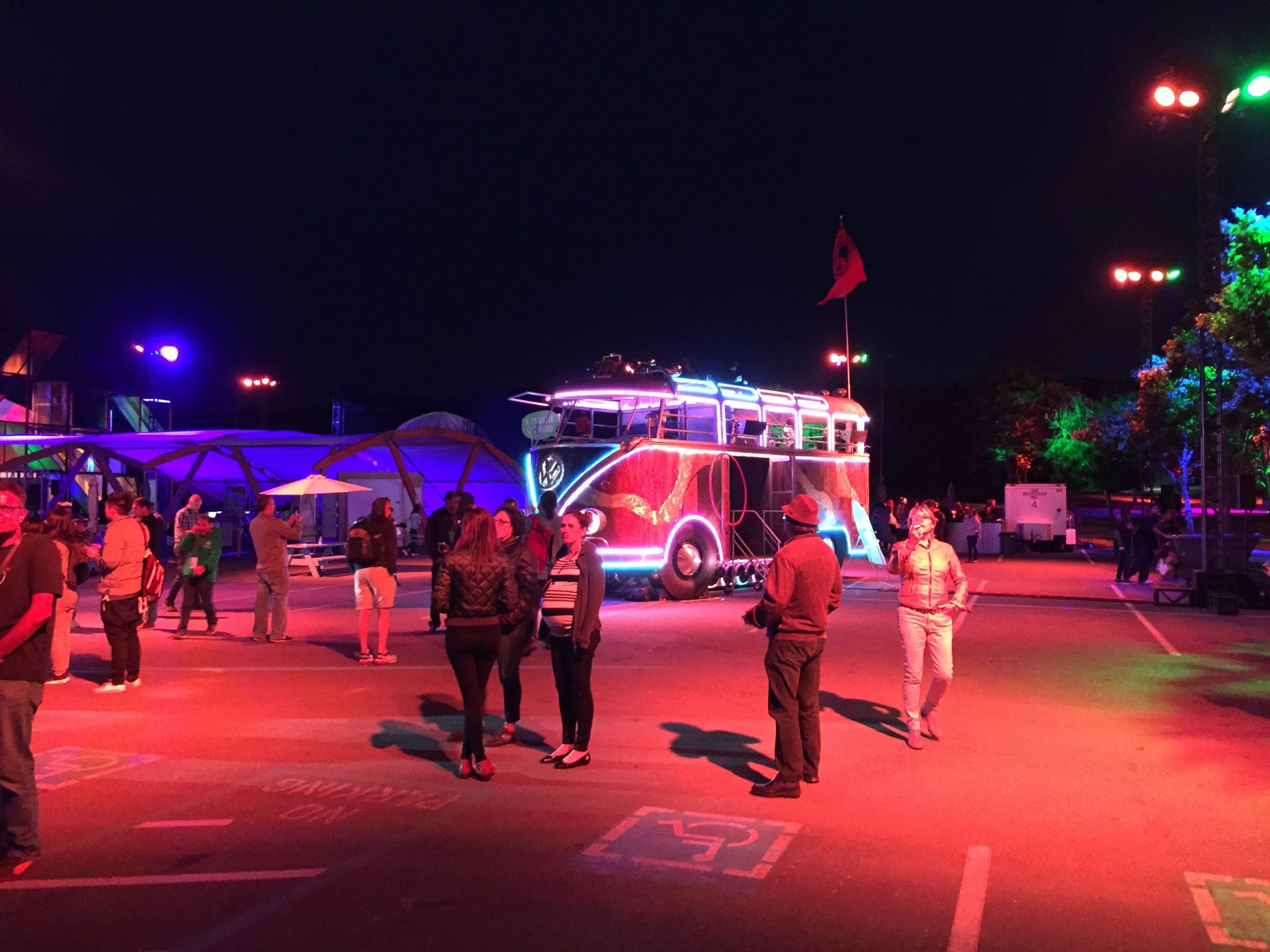 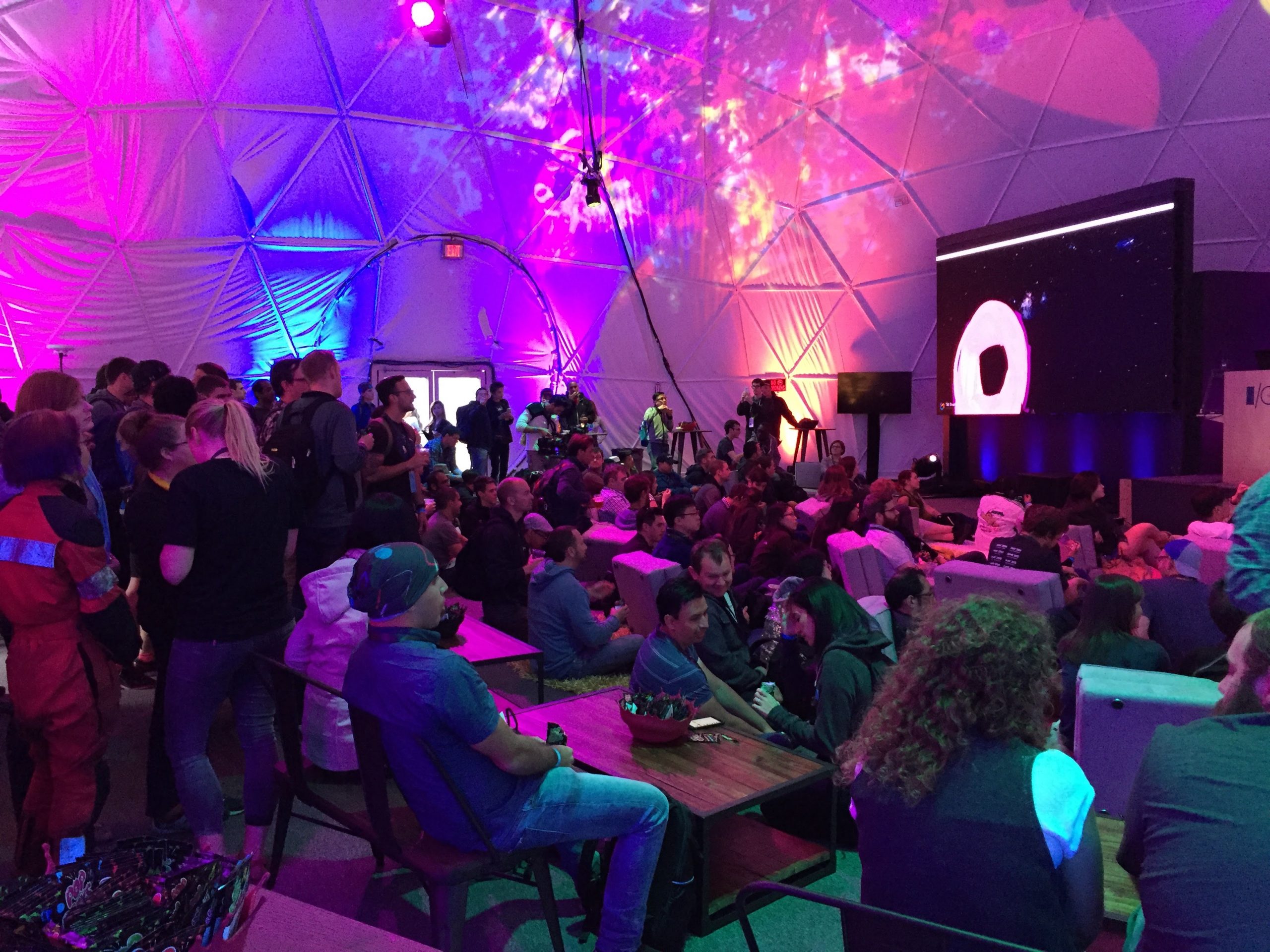 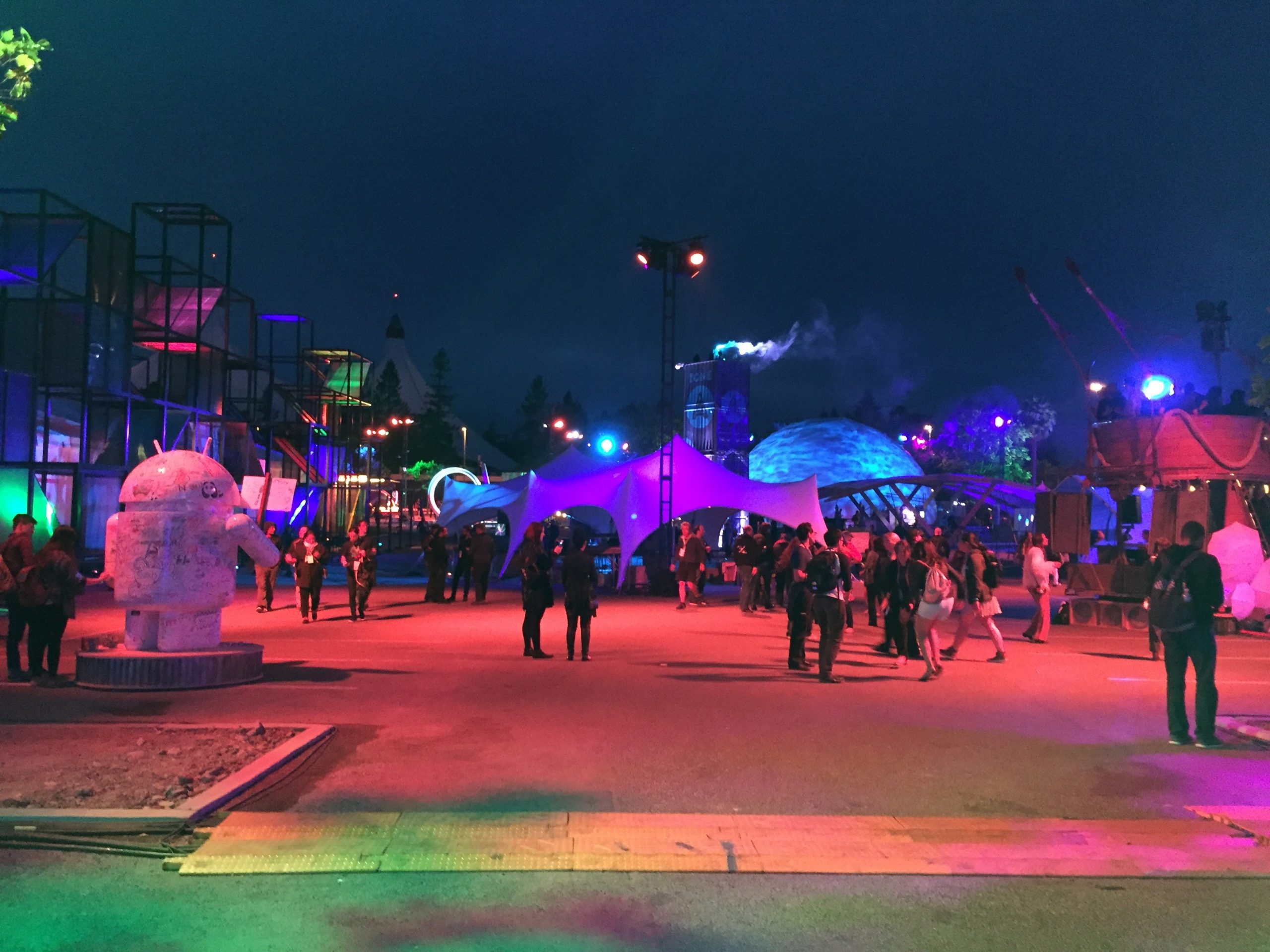