I spent some quality time on my Salsa Beargrease and on my Santa Cruz Blur last week. The Beargrease is an awesome bike. It’s a lot of fun to ride and leaves you
giggling as you bounce along the trail. It is however, fat. That doesn’t mean it’s slow but it is more bike to push up the mountain than your typical mountain bike.
My Blur is a lighter but older bike. I bought it back in 2007. At that time it was high end, super awesome state of the art stuff. However, in it’s old age I’m finding
that it just doesn’t hold up on the more technical parts of my favorite trail. On my last ride I clipped out 3 times to prevent donating skin and blood to the mountain.
I don’t clip out at all on the Fat bike in spite of it’s lack of supension.

That’s when I decided it’s time to examine my options which leads me to the Ibis Ripley – quite possibly the sweetest bit of 29er technology
to ever touch the dirt. It’s a lustworthy steed. It will empty your bank account so you’ll want to be sure to set it up perfectly before making your final purchase.

When Indiana Jones isn’t riding off into the sunsent or piloting the Millenium Falcon he rides an Ibis Ripley. For those of us who will never lay eyes on the Ark of the Covenant
the Ibis Ripley is as close to making the Kessel Run in less than twelve parsecs as we’re going to get and that’s not a disappointment. 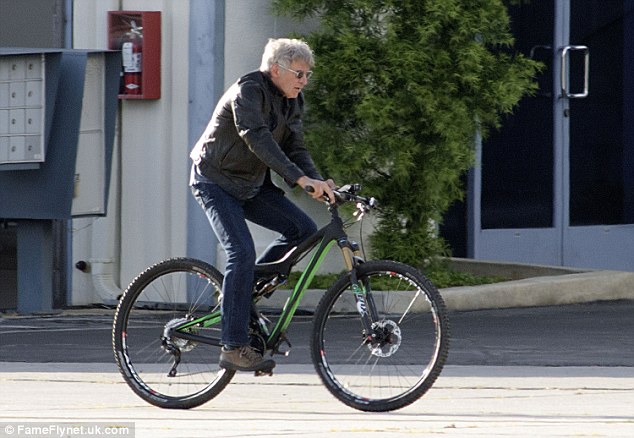 The most difficult part of buying a Ripley is getting it just right. Mountain bikes have achieved a level of scientific perfection that requires long hours hanging out in the bike
shop to fully comprehend. The latest in a long line of innovations is the introduction of “less is more” emboddied by the 1×11 drive train setup. For many years conventional wisdom
was 3 rings up front and 10 in the back. That makes for a lot of gears, a lot of noise and a lot of weight. It turns out that many of those gear ratios are duplicates and so
in the name of simplicity we throw them away which leads to a dilema. Give up one ring? Sure, but give up both and go to 1? Is it a fad or is it worth it to drop a pound?

With the only difference the front rings here’s a chart showing the ratios using 175mm cranks (courtesy of Sheldon Brown’s Gear Calculator):

Let’s ignore the teeth for a moment, reduce the duplicates from the 2x setup and just look at the ratios provided:

It’s pretty obvious but the 1x setup ends up with 11 ratios. The 2x setup has 19 unique ratios. It would seem that you now have 8 more ratios available to
win your next KOM.

However, look closer at the significant differences. With the 1x setup you lose one ratio on the very bottom – the 1.4. On the steepest climbs I always wish I had one more
gear just lower than the one I’m in. I might miss the 1.4, but I also spend time climbing nasty stuff on a Cyclocross bike with road gearing. The loss of the 1.4 gear ratio
is probably not a deal killer and besides you save about 1 pound and that should more than make up the difference right?

Given the similarities across the middle range of the gearing the decision to choose a 1x vs 2x setup comes down to whether or not you need the very top and very bottom gears and
is it worth packing around an extra chain ring, derailleur and shifter to get them. Oh, and the 1x setup on the Ripley is $1,000 dollars cheaper. That can change also affect
one’s thought process.