When I was a kid I saved up and purchased a Specialized Rockhopper. For a 14 year old the $450 spent was all the money in the world. It bought Shimano Exage components and a rigid fork and frame. This was the early days of mainstream mountain biking. I immediately became a fan of Specialized sponsored Ned Overend. He was awesome then and none of the awesome has worn off.Everytime I find myself staring at another cyclists butt in a paceline I remember an article he wrote. In particular he stated that a really fit human body can output about 1/4 horsepower for a sustained period of time. I think about that when I ride.

Yesterday I rode 105 miles in the MS150. I finished it in 4 hours and 36 minutes which means that my average speed was 22.7mph. My max average watt output was 260 and my average was 236. My maximum watt output was 763 watts. You won’t find my riding the Tour de France any time soon, but I’m reasonably fit as my wife puts it “for someone my age.” I have a Vitamix blender that outputs 1000 watts the instant I turn it on. It can handle that until I turn it off. It’s 4 times more powerful than I am.

Strength is a trait we admire. At the gym the guys who lift the most impressive us. On the road the fast cyclists are amazing. The Olympics bring the world together so that we can admire the strength of the best athletes in the world. However, it’s more than strength that we admire. As humans we are capable. We use our cunning to overcome what our strength cannot.

By tucking into a paceline I use physics to overcome the resistance of the wind. My reward is a 30% savings in energy. By working with a group I become a 30% better cyclist. That’s a big win. Together we become stronger. As an individual I benefit, but I must also contribute. I have to take my turn at the front. Whereas I might normally ride at 22 mph solo I now have to pull at 25 or 26 mph which burns a lot more energy. While in the line I must sacrifice personal comfort for the safetly of the group. My butt hurts, but I cannot stand – doing so would slam my tire into the guy behind me and cause an accident. On the hills I have to maintain the tempo of those I’m riding with. That can hurt a lot.

This is where amazing kicks in. As I found myself staring at someone’s butt yesterday it occured to me just how extraordinary it is that we are capable of doing this and not dying in the process. Each instant a constant flood of information is fed from our senses into our brains. The body responds. Breathing increases. Heart rate soars. The legs constantly slow or speed up and provide feedback (mostly in the form of pain). The brain diagnoses the signals to determine which ones can be ignored and those that need attention. Balance is adjusted, pain is ignored, more power is applied or muscles are given a momentary respite.

Logic overcomes instinct. The legs say slow down. They cry to stop. The brain knows if you are dropped from the line life is going to get really hard. You don’t slow. The body feels fine. No water or calories are needed. You stuff them down anyway because in another 40 miles the brain knows the metabolism will be crying out for fuel.

We consume fuel. Everyday we eat. Regardless of whether or not we should eat something it’s truly extraordinary how many different things we can eat without immediately killing over. We consume everything from blueberries to diet coke. Carrots to chips and chicken to pop rocks. I can’t even fathom the chemical process that goes on inside our gut but somehow our body sorts out the bits of what we consume and turns it into building blocks and fuel. It’s extraordinary.

It’s the last point that makes us amazing. Humans work together. We build towns. We build countries. We build rockets and hospitals. We build computers and wires to carry signals all over the world. We solve hard math problems. We discover laws of physics and then use those laws to do magical things.

It’s that last one that I was most excited about yesterday. I’m not a doctor. Personally, I’ll never find a cure to anything, but for one day I made a small difference. I’m deeply grateful for the hundreds of dollars donated by friends and family. Compared to the millions needed to find cures it seems trivial but it’s a thousand trivial things that make a difference. 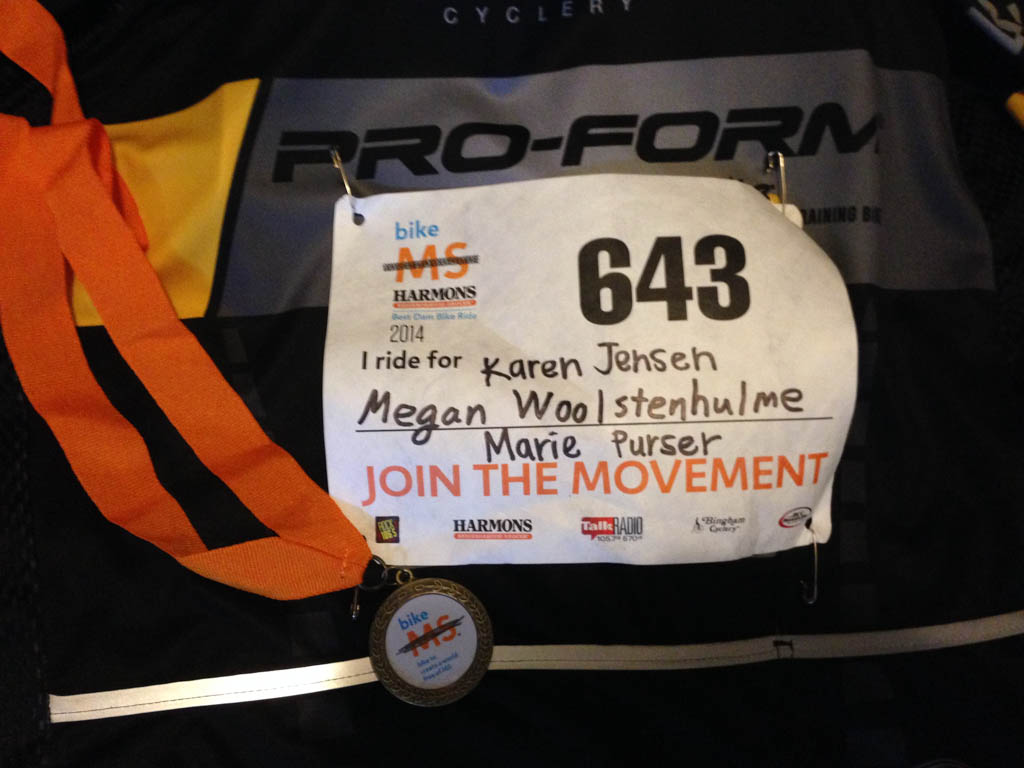