Zimbabwe was the first country to issue a 100 Trillion dollar bill. I have ten which makes me a Quadrillionaire: 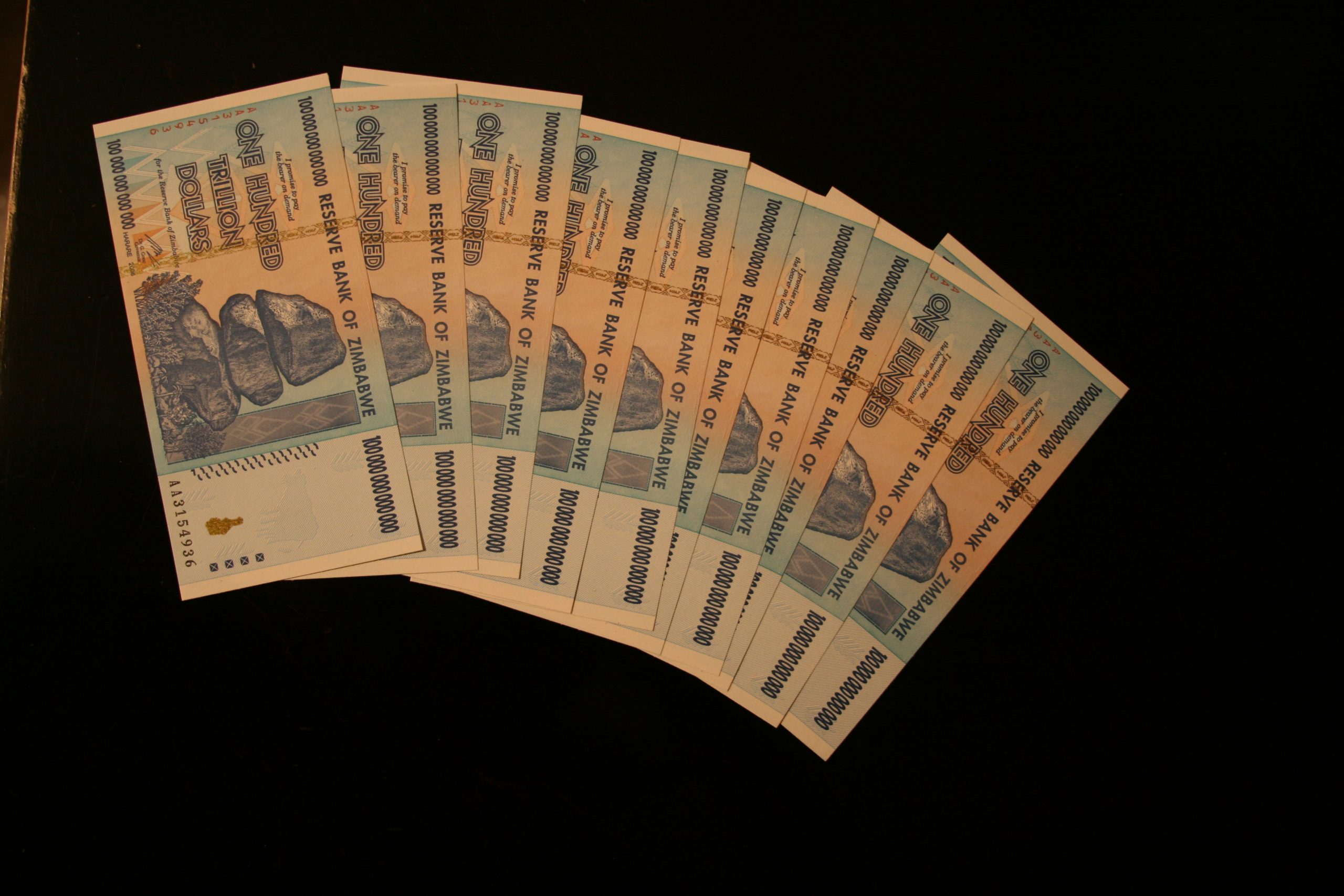 If we go strictly based on size and attempt to cover the bill with gold atoms a single atom thick, Zimbabwe is the first country to ever use a standard where each of their dollars is worth 40000 atoms of gold. 1 gram of gold is about 3×1021 atoms.