I and Callie took the kids to Salt Lake a while back so they could go to the Children’s Museum at the Gateway. They had a great time. At the end of the day we wandered around the area a bit and since there is an Apple store I dropped in to see if they could solve my problem.

I told my wife it would only be a few minutes. Several hours later a finally got to talk to some high school kid that knew how to turn on the Mac and crop a photo in Photoshop but other than that they were pretty worthless. At least the store looks cool.

My journey to the Apple store started when I switched my monitory input. I have a 24” Dell monitor and I plug my Macbook Pro into that. As long as I used my DVI to VGA adapter the Macbook Pro would automatically detect when the monitor was plugged in. I figured that since I used my Mac almost exclusively these days I would use the DVI input for the better picture. However, when I started plugging directly into the DVI cable the Macbook Pro no longer recognized when the monitor was plugged in or not plugged in. This is a minor annoyance, but it bugged me so I determined to find a solution which is how I ended up at the Apple store.

They were no help at all and wasted a lot of my time and my poor wife had to wander around the gateway with the kids while I waited (Of course they couldn’t let me leave the store and just call my cell. I had to sit there). Did I mentioned that my trip to the Apple store was a total waste?

I had guessed for a while that it might have something to do with the cable. I being cheap didn’t want to buy a new one (I know I should have borrowed one) to test. I just assumed that the Apple geeks would know whether or not a cable would matter. They didn’t.

Here’s a single link DVI cable. You don’t want this one: 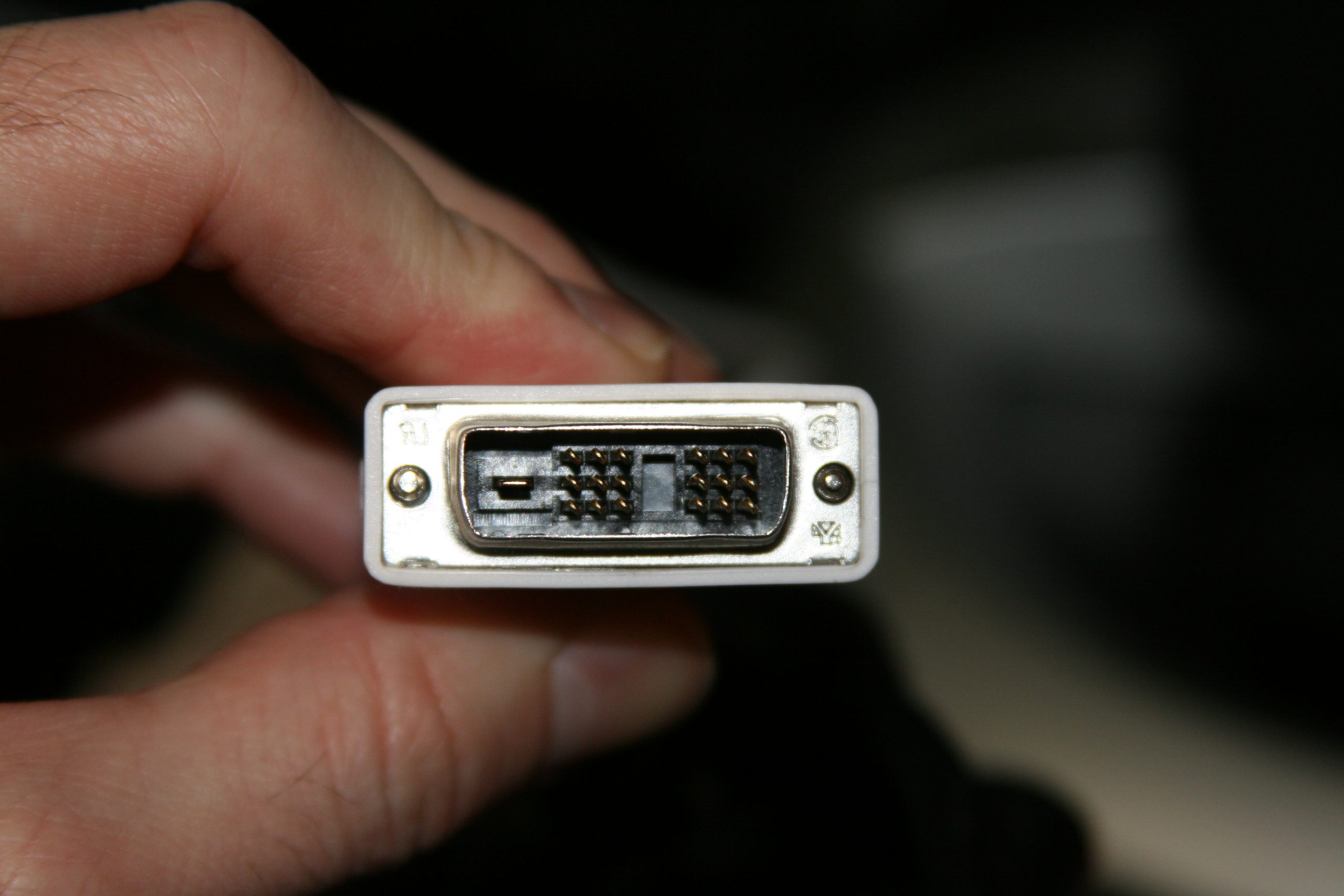 Here’s a Dual link DVI cable. You do want this one: 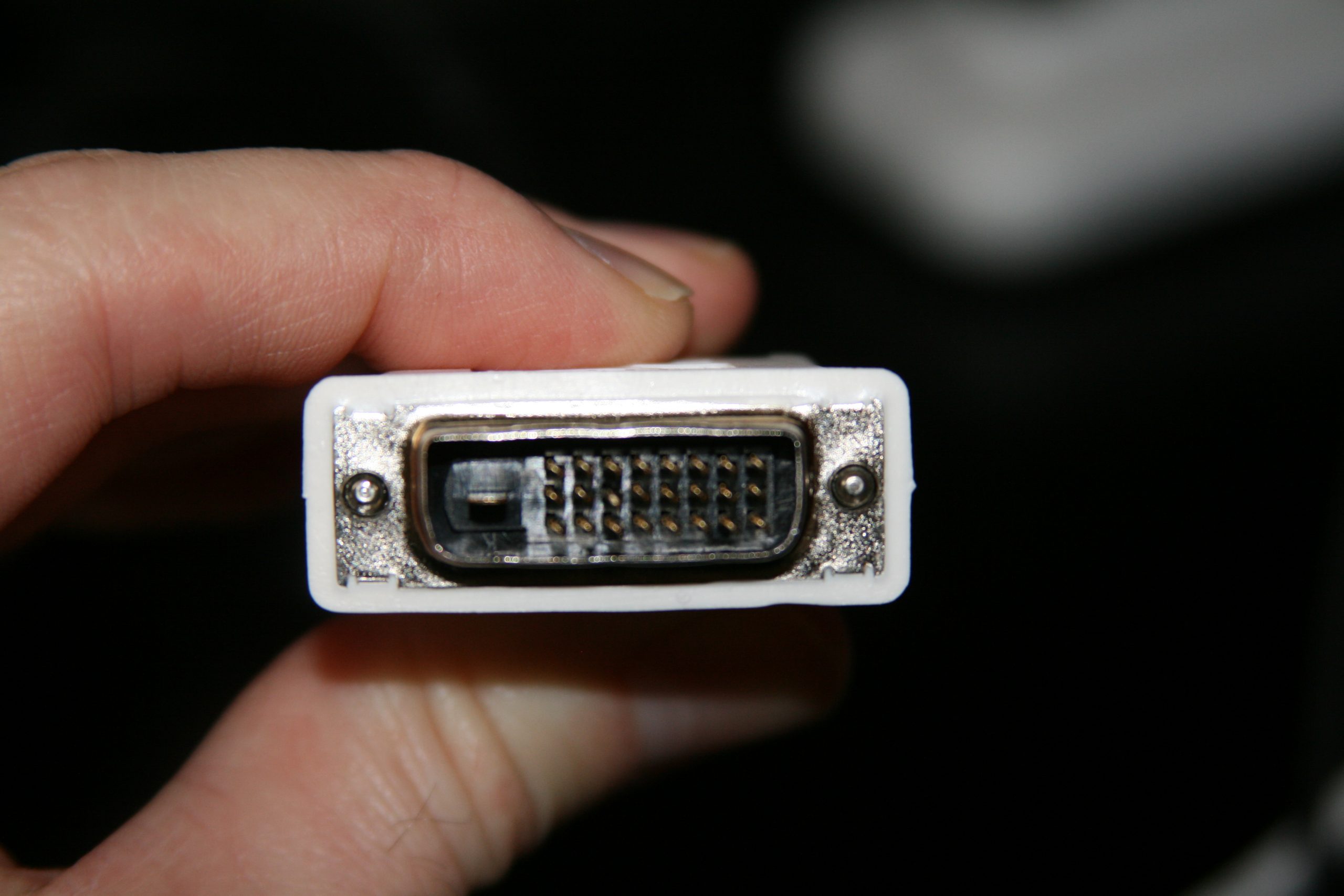 The only visible difference is the pin count. The Single link DVI doesn’t have the pins in the middle.

I bought this one from Amazon and it worked great.