We went to the happiest place on earth, now we’re off on a family vacation to the stinkiest place on Earth – Yellowstone. Like the Earth’s anus this place belches the nastiest gas you have ever smelled. The girls love it, but hold their noses a lot. I am good with it except for the terrifying narrow roads with the sheer drops seeking to plummet you to your death. There are a lot of animals too. Big ones. I guess that is to be expected. When I was in high school I used to bring dates up here. I got stuck in a herd of 300 buffalo and nearly missed our show at Pierre’s Playhouse. I wonder if that place is still around. My dad doesn’t know, but that was the same day that I had a park ranger pull up while I and said date were picnicking and tell me there they had had reports of a red car a lot like mine flying past obnoxious RVs at 100mph which was very illegal in the park.

I had (and still have) no idea what he was talking about. Luckily my brother destroyed any evidence a few years later by slamming it into a concrete wall.

Park rangers tend to be annoying people that can’t get actual jobs. They tend to think everyone else has absolutely no right to visit their park and for all they care the general populous can just die (which is why they design the roads here they way they do and then put up abstract road signs like “danger ahead”, “just drive off the road and die” or “debris on road” which means there is a boulder up here perched such that if anyone sneezes it will crush you and your atomic family. I made one of those up. My favorite sign is “Rough Break Ahead”. It’s kind of like a fortune cookie from a bad Chinese restaurant. It also describes my life.

I met one of these park rangers this morning. I bet he was from the east coast, works at an investment firm and thinks he can spend the summer in Yellowstone and save the wolves or something. My daughters love maps. I requested 4. One for us so that we can navigate the park and three for the girls. He gives me this “why do you need four maps.” I wanted to say, “we ran out of toilet paper and I need to wipe my ass,” but instead I politely explained that my girls love maps and they learn from them, bla bla. He says, “I’ll give you three.” I wanted to say, “I think you failed math,” but instead I thanked him. Then he gave me a park newsletter and explained that I should review the park rules and regulations with my family and that they can be found on page 2. I grew up a bit more than an hour from the park. This is my backyard. I would have loved to describe to him interesting uses of page 2, but instead I smiled and drove on to the Walmart of Yellowstone, Old Faithful.

Everyone goes there. We must go there too.

Its hard to describe the area anymore. There are more lodges here than hotels on the strip in Las Vegas. The parking lot reminds me of Walmart at Christmas. The company that runs the lodges and restaurants in the park imports employees from around the world. That makes your national park experience ‘multi-cultural.’ In fact it means ‘cheap labor’. The poor guy helping me out had a heck of a time getting hot dogs and macaroni and cheese for my kids. We can barely understand the kids sometimes. Some guy from rural China has no chance. 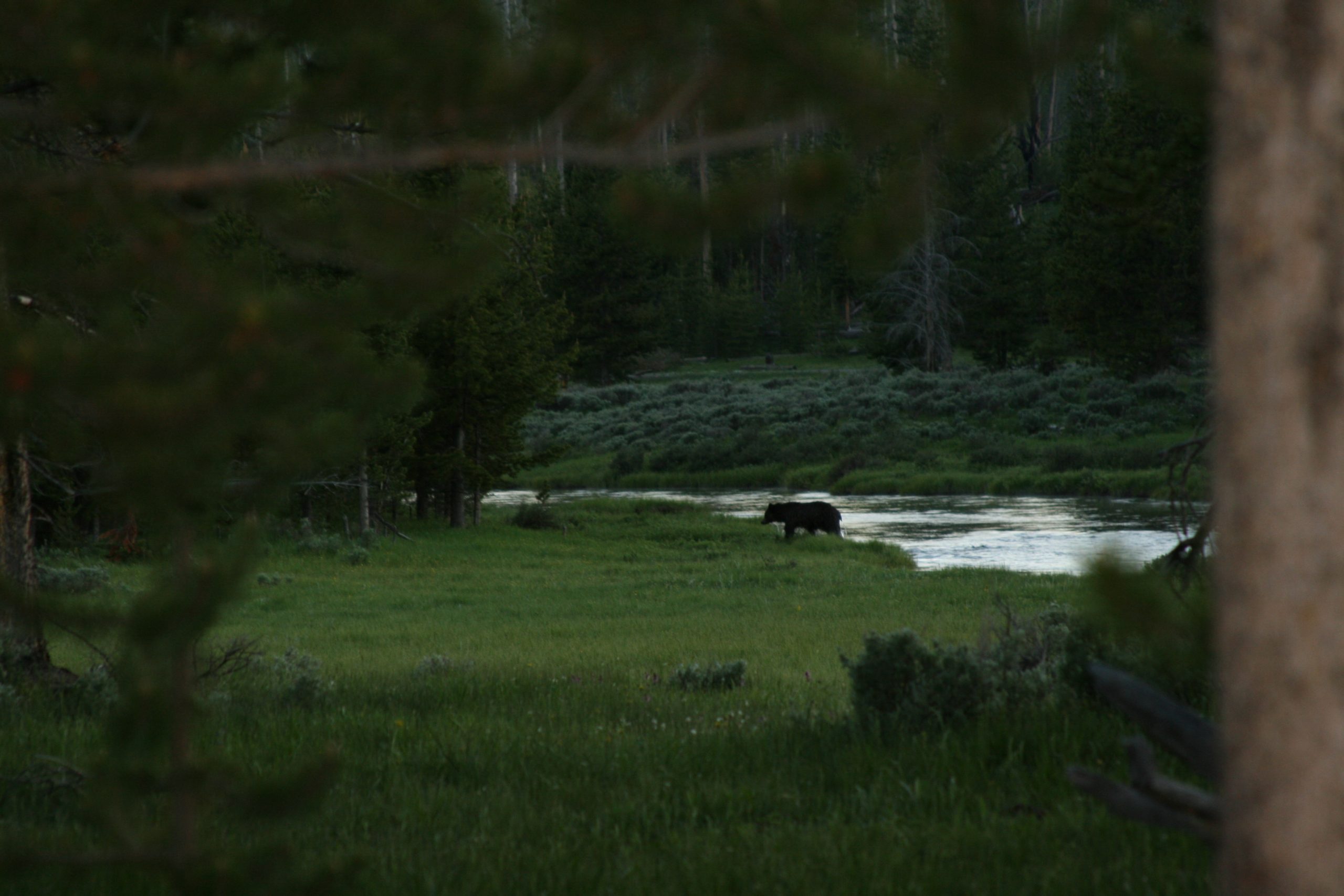