We are at the end of the second day of the OER code sprint. This has been a great time feels quite a bit different than the higher level OER meetings I have attended. The first few hours of the first day were spent chatting, but after that I think that quite a bit of code has been hacked together. Normally I would oppose lots of travel decrying it as a waste of resources. However, this event has been productive. Put a bunch of smart people in a room who are capable of some kind of productive output and you will get productive output.

Here are some pictures: 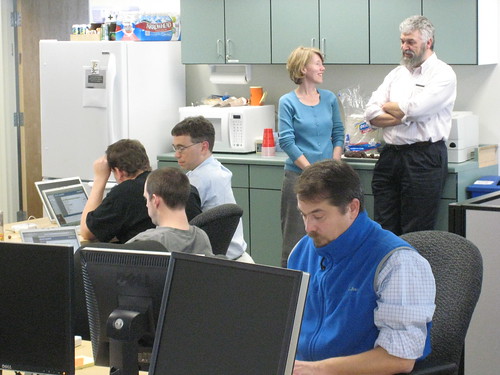 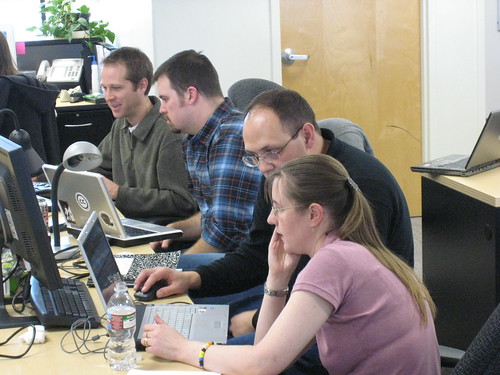 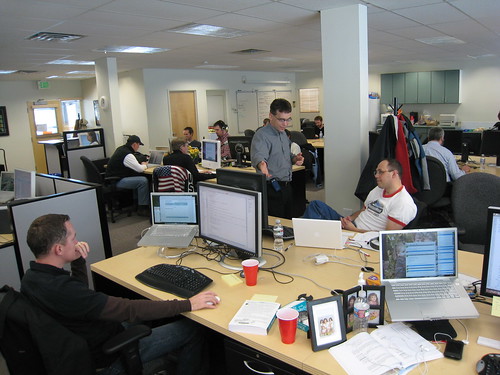